Nina Björk was awarded the 2021 Lenin Award with the following justification:

”For more than 25 years, Nina Björk has persistently, thoroughly and with razor-sharp logical pedagogy from a feminist and Marxist perspective in her critique analysed and dissected the essential existential conditions of our neoliberal civilization and the ideological defences for it. At the same time, no one has more harshly than she discussed and questioned her own feminist and socialist foundations for this critique of civilization. She has a unique ability to always take the arguments of the opposite side seriously, without misinterpreting or attributing hidden motives, and thus exposes the fundamental structure of liberal thinking. As a journalist and philosopher, the critique of our time’s pursuit of happiness based on the ever-increasing growth of capitalism, excessive consumption and the waste of resources has constantly deepened and, with an ever-stronger voice, demanded that another world now must be possible. At the brink of the possible obliteration and self-destruction of our civilization, she points to the dream of real freedom and equality as a crucial issue for the survival and future existence of mankind.” 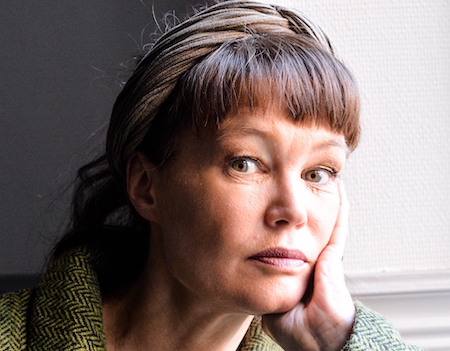