Mattias Gardell was awarded the 2009 Lenin Award with the following justification:

“Jan Myrdal’s Grand Prize – the Lenin Award, for 2009, has been awarded to the researcher, popular educator, debater and activist Mattias Gardell who in an extraordinary and courageous way has taken a wide intellectual responsibility far beyond the academic contexts in which he has his livelihood. This has been expressed in a long line of defences of principle in the daily press, in books such as Bin Ladin in our hearts (2005) and Return of Torture (2008), but also in concrete political work, most recently in the Ships to Gaza manifestation of solidarity. In Jan Myrdal’s spirit, Mattias Gardell has worked in a perspective from below and from the other side, also with historical background. He has, through thorough archive work (in accordance with Myrdal’s constant call, “Go to the newspaper files!”), studied conditions and contexts that have previously been completely unfamiliar to most of his readers. Thus, he has been able to give new critical angles and backgrounds to the political slogans of our time, such as “globalization” and “political Islam”. He has, also like Myrdal, ventured an open, inopportune (“refractory”) political critique when he has demonstrated how the superpowers both insidious and open attacks on the most obvious human rights tends to be assumed and spread throughout the world that calls itself “civilized “.” 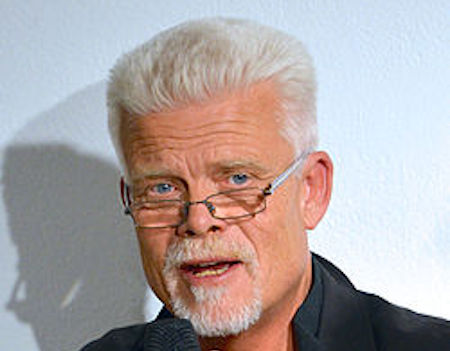